The ultimate reference for all things Kitchen, Bedroom & Bathroom related in the world of Computer Aided Design 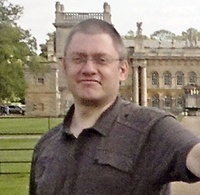 I have been in the KBB industry for most of my working life starting out working with my Dad making and fitting bedrooms, one off pieces and some general joinery like hanging doors and fitting skirtings etc.
in 1990 my Dad died from Mesothelioma a rare, aggressive form of cancer caused by Asbestos that develops in the lining of the lungs, abdomen, or heart,  has no known cure and has a very poor prognosis. It took his Doctor ages to diagnose from his initial comment "We can make you well" and prescribing Iron tablets till about a year later my Dad came home and told us "Don't buy me any long playing records"... always the joker.
He died suddenly and I was really to young to continue with running his business and it would be to hard for me to do it anyway without my Dad.

I then started working for Davenport Cabinetworks installing kitchens, bedrooms and bathrooms and gradually got a bit of confidence and setup a small workshop of my own as I kept all the machinery from my dad's business and would go there at the weekends to cobble things up. After a few years I left to Start a business on my own manufacturing all types of furniture and joinery.
This is when I began to get a keen interest in CAD as I was initially producing hand drawn plans and elevations but saw an ad for TurboCAD V3 and purchased a copy for I think £89.99.
I quickly got into it initially just 2D as per the drawing board but colouring them in with woodgrains. I then begain to experiment and get my head around 3D... It was quite hard to do back then as TurboCAD was 2D and they included a another 3D Modeller program that I used to create the 3D from the 2D plans. Was a bit laborious as I had to keep saving opening between programs. Later I wanted to have more realistic drawings so I purchased another Program called Bryce 3D which has some very advanced features even by today's standards. I would sometimes animate scenes like having bedroom doors open and close. I have the last release they made of this software though do not use it very often as like with any software that stops being developed and updated it struggles to import geometry etc.
My interests moved more to the design side of the industry and I was spend more and more time sat at the computer and not getting anything made in the workshop. I then gave up the workshop as it was becoming a burden as sometimes I was struggling to find enough money to eat lol...
I then got myself together a bit an started to concentrate on fitting for our people, a bit less overheads and like in any industry offers and opportunities came my way and I got a job initially do showroom installation for a company in Sutton-in-Ashfield and gradually moved into the Design game again and a few off shoots like doing CAD visuals for Olympus Diagnostics UK visiting hospitals and measuring labs to help there customer visualise the lab more clearly.
I also got work making the very first Aqata Shower Enclosure Catalogue for the Virtual Worlds CAD Software as this is what the Sutton company where using at the time to design bathrooms. I would flit between, display fitting, kitchen design, manufacturing and then got into VBA in Microsoft Excel to support the Quotes and Invoicing.
I left there and had a short spell graphic designing for a company in Mansfield and after a couple of months I got an offer of a kitchen and bedroom designing job in Heage, Belper. It was initially a great place to work and we were a great team. I felt really valued there building the companies Quick Quote system (which I still use myself today) and helping out all the designers increase the quality of there ArtiCAD output. Due to politics and feeling I was being pushed out I left to start working for Homebase... what a disaster that was... stuck it for a couple of months then left.
So missing a couple of other jobs I then am more or less up-to-date as I have been in my curent role at Lifestyle for about 6 years now. Using ArtiCAD, TurboCAD a bit of Sketchup and other software to help out with getting the job done...

That's enough waffling for now. Hope you all find something useful here and stay to keep the forum alive and kicking... 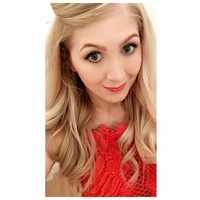 Message reputation : 100% (1 vote)
Thanks for the info Daz, nice to find out a little more about yourself and your past. So much experience and its obvious you take a great deal of pride in your work.

Yes, life is full of ups and downs, missed opportunities and some good luck along the way being in the right place at the right time.